Thanks to all of you for helping us find the most wonderful dog. Tai DB (now Penny) is settling wonderfully into her new home and we just love her! Thank you all for being a part of helping these dogs find safe, loving homes. Penny will be well taken care of and loved for the rest of her life. 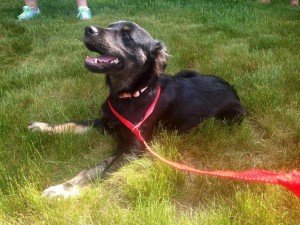 Noah and I wanted to say thank you for bringing Jackson (formerly Charlie) into our lives. He is the most wonderful dog we could imagine, and we are so completely thrilled that he is part of our family.

Since we brought him home last Monday, he has brought countless hours of joy to us (and all our friends!). He is so affectionate and well-behaved, and has adjusted beautifully to life in the city. He has made lots of new dog and human friends, and is great with the little kids in the neighborhood.

We have enjoyed bringing him to outdoor restaurants, where he happily greets our friends and then falls asleep in their laps. At our community garden, there is plenty of space for him to roam and play fetch, and it is such a delight to see him so playful and energetic.

He is the perfect dog for us, and we know we will have many happy years with him. Thank you for giving him (and all his siblings!) such a wonderful start in life. We are so grateful. 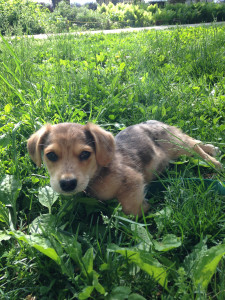 Thank you!  My wife and I thank your for the best dog  . . . ever, our shih tzu!  When we adopted him, his name was Lucky, but we renamed him Lu-I (Adopted Happiness in Chinese).  And his new name fits him perfectly, since he has brought so much happiness into our home.

Lu-I or Louie, if you  prefer, immediately became a member of our family.  He’s healthy, happy, well mannered, obedient, and house trained.  Lu-I walks well on a leash, making him a pleasure to take for a daily stroll.  Of course, everyone who meets him extols his handsome looks and pleasant personality.  Simply stated:  we had high hopes, and Lu-I has surpassed them!

None of this could or would have been possible if it weren’t for the Friends of Homeless Animals!  Everything you did impressed us. 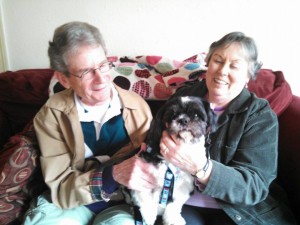 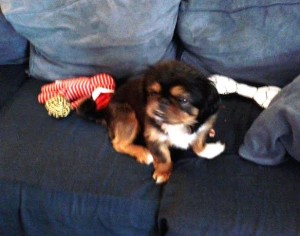 ux) most likely spent his life in a cage. When his foster mom picked him up from transport, he was so scared he just stood frozen. He sat on her lap on the ride to his furever home, and After about 15 minutes he finally stopped shaking. She offered water but he wouldn’t take any. hen he arrived at his new mom’s in her lovely apartment and she was all prepared with toys and food. We gave Bear a bath and after he was dry put him on the floor. He immediately hid under a chair. For 48 hours he would not pee or poop, but he did eat and drink up a storm. He had to be carried everywhere and didn’t like a leash on him.

His foster and his new mom talked many times, and she was determined not to give up on this little guy! For a a time he didn’t bark and she thought perhaps his vocal chords had been cut. About a week later, he found his voice! With her loving care he has adjusted beautifully. Here is her most recent email.

“Bear is now house trained and walking on a lease.   He barks and plays with his toys.   He even has a favorite spot in the house as you can see from the pic below.

Just to let you know he is no longer afraid of the sound of cars going by or other people on the sidewalk.   I think he is well adjusted to his new home.

The vet wanted him to gain weight and have a shiny coat so Bear is eating wet and dry food.  Well, hope you can share with the others saving these dogs.”

Buddy is doing great! He truly is such a great dog. He’s so sweet and he’s great with my 2 year old nephew too. Everyone from my parents to my dog groomer fell in love with Buddy when they met him. I’m one lucky girl. Buddy started his first obedience class last Tuesday and he’s definitely the smartest in his class. We’re making progress with house training, but Buddy is still having some accidents so I ordered belly bands to see if that might help. Stefano and Buddy are still best friends…they’re inseparable. They go to doggy daycare at the Barking Lot on Saturdays and Buddy has made many new friends there. 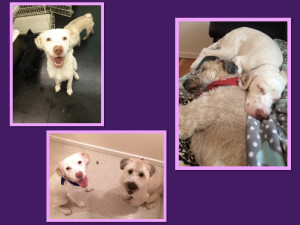 Ferguson Rascal is doing very well and brings us so much joy.   He is definitely our little boy.  He went from being very quiet and reserved to being a playful, loving and loyal pup.  We are so blessed to have him in our lives.

I thought I’d send you a couple pictures of Queenie.  She is doing great, she and Luke are inseparable.  We are so thankful for her everyday.  I happened to 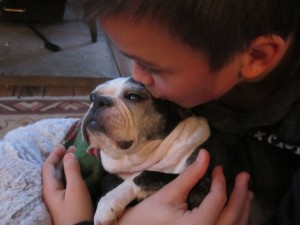 find the adoption video of her you made online, Luke loves to watch it (over and over)

The first is Queenie enjoying her new xmas scarf and bed. She was exhausted from having to get up early!  Luke and Queenie

Lady is doing great. Her skin has improved a little but she is more alert and moving. She does’nt sleep as much. She is such a love bug I cannot stop kissing her. She sleeps cuddled up against my husband. She gets along great with Sophie, Annie, Lucy and even my sons cat. She ignores everyone, but me and peter. She really does not play but loves her cookies and her bed.
Sophie tries to play with her but no dice, it is so funny. She used to nip at me when we would kiss her but she does not do that anymore she lets us kiss her like crazy. She is very spoiled and pampered. I am trying to fatten her up but it is a slow process. I have pictures of annie and lady in the same bed together sleeping it is so cute. Lady tolerates alot. I will send as soon as I figure out how to. When she looks at you with the beautiful eyes you just melt and have to kiss her and kiss her some more. Thanks for saving her for me.
She also has some stylish little sweaters, she shivers alot and that means we just have to hug and kiss her some more to keep her warm. 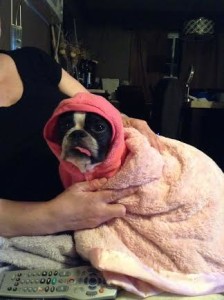 I wanted to give you a quick update on Maya! She’s doing so great, she’s such a joy to have around. She’s so friendly and loving. Gigi and she are becoming great friends, and they are always so happy to see each other. Health-wise, she’s doing great.

I’m attaching some pictures, she and Gigi love sitting on the couch looking out the window together, and I swear in one of them she’s smiling! My nieces (2 years and 4.5 years) came over this weekend and completely fell in love with her. Maya has been so good with everyone she meets, young and old.

Thank you so much for giving us Cooper (aka Rankin). He really is an adorable and loving dog. He hardly barks but he loves to play and seems to have huge bursts of energy for such a little guy. We had a lot of fun with him today. He is now sleeping peacefully next to me and I have no doubt that he knows he is home now. Thank you for rescuing him and we will make sure that he lives the rest of his life loved and well cared for. 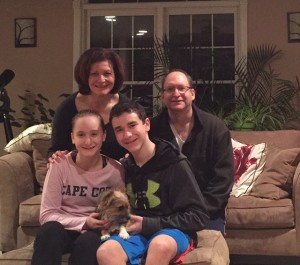