1. You won’t be supporting puppy mills and pet stores 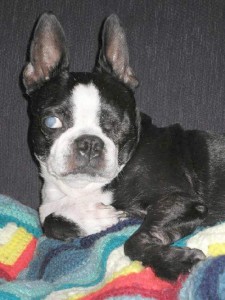 Puppy mills are “factory style” dog-breeding facilities that put profit above the welfare of dogs. Most dogs raised in puppy mills are housed in shockingly poor conditions with improper medical care, and the parents of the puppies are kept in cages to be bred over and over for years, without human companionship and with little hope of ever joining a family. And after they’re no longer profitable, breeding dogs are simply discarded—either killed, abandoned or sold at auction.
Puppy mill puppies are sold to unsuspecting consumers in pet stores, over the Internet and through newspaper classified advertisements to whoever is willing to pay for them.

Marketed as coming from great breeders, well-rehearsed sales tactics keep money flowing to the puppy mill by ensuring that buyers never get to see where the pups actually come from (a vital step in puppy buying). Many of the puppies have serious behavioral and health problems that might not be apparent for months, including medical problems that can cost thousands of dollars to treat, if they are treatable at all. Unfortunately, a lot of people are not even aware that puppy mills exist, so when they buy a pet from a pet store, online or other retail outlet, they are unwittingly supporting this cruel industry.

By adopting instead of buying a pet, you can be certain you aren’t supporting cruel puppy mills with your money. Puppy mills will continue to operate until people stop purchasing their dogs.  Instead of buying a dog, visit your local shelter where you will likely to find dozens of healthy, well-socialized puppies and adult dogs—including purebreds—just waiting for that special home—yours.

Sadly, between 3 and 4 million dogs and cats are euthanized each year in the United States simply because too many people give up their pets and too few people adopt from shelters. Because there is limited space at shelters, staff members sometimes need to make very hard decisions to euthanize animals who haven’t been adopted.

The number of euthanized animals could be reduced dramatically if more people adopted pets instead of buying them. By adopting from a private humane society or animal shelter, breed rescue group, or the local animal control agency, you’ll help save the lives of two animals—the pet you adopt and a homeless animal somewhere who can be rescued because of space you helped free up.

3. You’ll get a healthy pet

Animal shelters and rescue groups are brimming with happy, healthy animals just waiting for someone to take them home. Most shelters examine and give vaccinations to animals when they arrive, and many spay or neuter them before being adopted. In addition to medical care, more and more shelters also screen animals for specific temperaments and behaviors to make sure each family finds the right pet for its lifestyle.

It is a common misconception that animals end up in becoming homeless because they’ve been abused or done something “wrong”. In fact, most animals are given to shelters because of “people reasons,” not because of anything they’ve done. Things like a divorce, a move, lack of time or financial constraints are among the most common reasons why pets lose their homes.

Adopting a homeless pet is much less expensive than buying a pet at a pet store or through other sources. In addition, animals from many shelters and rescue groups are already spayed or neutered and vaccinated, which makes the shelter’s fee a real bargain.

Pets have a way of putting a smile on your face and a spring in your step. Not only do animals give you unconditional love, but they have been shown to be psychologically, emotionally, and physically beneficial. Caring for a companion animal can provide a sense of purpose and fulfillment and lessen feelings of loneliness and isolation in all age groups.

Pets can help your physical health as well—just spending time with an animal can help lower a person’s blood pressure and cholesterol levels, and dog walking, pet grooming, and even petting provide increased physical activity that can help strengthen the heart, improve blood circulation, and slow the loss of bone tissue. Put simply, pets aren’t just good friends, they’re also good medicine and can improve a person’s well-being in many ways.